A few months back I was standing on a cliff edge overlooking a small lake somewhere in eastern Washington. It was early summer and all the beautiful, but of course, I was interested in what I could see in the water from the clifftop. What I saw taught me a lesson about bass fishing and I’m going to share with you what I saw and more importantly what I’ve learned. 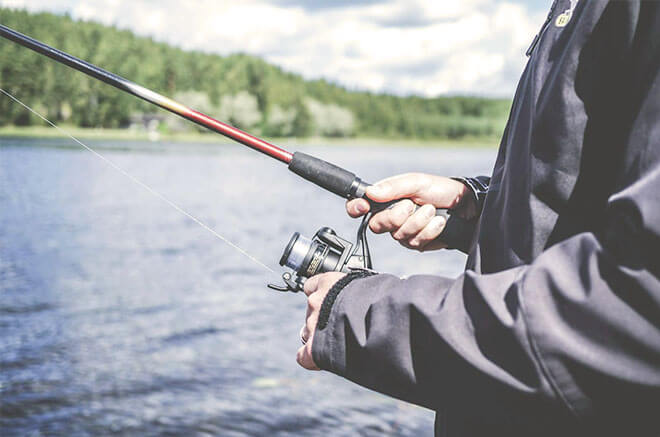 I was on a tall cliff edge that dropped straight down into the water where there was a narrow channel about 5 feet wide that separated this cliff from an expansive and thick weed bed. This thin channel ran about 100 feet along the cliffside, separating the weeds from the cliff all along the way. I had an aerial view of all of the habitat from the cliff-top, which allowed me to view a peculiar bass behavior.

After studying the area for a bit I found about four 2-3 pound bass swimming together along this channel. At first, I figured I lucked out to see them and they were just moving to another ambush spot. But the bass continued swimming along the channel, and when they got to the end of the channel–they turned around and swam back. I watched these bass swim this 100-foot channel together 3-4 times before I left. Below is a conceptual drawing of this scenario. 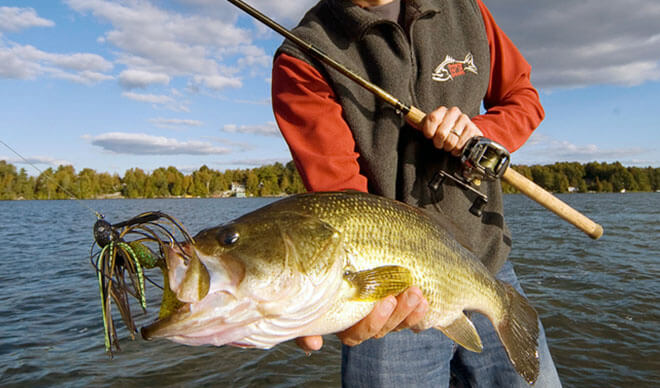 As a fisherman, I would have given this area 1–at most 2–casts and moved on (a little confused because the spot looked so good). The reality could have been the bass were in the area I was casting, but due to movement, were there 2 minutes ago and moved too far away by the time I cast. Bass often have a reputation for hiding in an ambush spot and waiting around to strike at unsuspecting prey. While this notion can be correct at times I think it is more of a guideline than anything.

Bass are opportunistic and behave by what works best. In this case, these fish found it most beneficial to take the calorie loss and swim the 100 yards back and forth looking for prey. Time and time again I have seen bass lazily swimming along in circular repeated paths. This kind of bass movement happens more than we like to give it credit for.

Bass Movement and You

Bass on the move leads to the idea that occasionally we just get lucky and run into fish! Or other instances we are casting to the right place at the wrong time. How would you like to know that at one of the recent fishing trips you were in the right area, just didn’t hang around long enough to cast at the right moment? That bucket mouth was just in the area five minutes ago! Or perhaps the bass you caught on that dock really wasn’t laying in ambush, but rather on a designated path it commonly follows and you found it at the right moment. 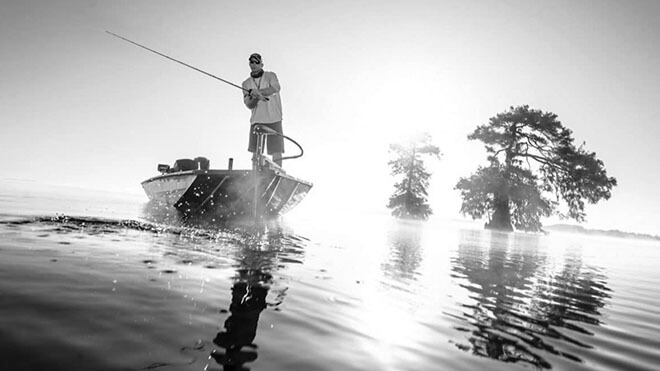 This is not to say all fish are on the move, but what makes fishing so tough is we really don’t know until we’ve amassed hundreds of hours on the water. Pros likely know like the back of their hand when is a good time for fish movement versus lay in wait ambush techniques. This article was designated as food for thought. Perhaps other (not easily seen) patterns are at play under the water. A good way to take advantage of bass on the move is to find the areas they will likely move to and from.

From my channel example, grab a heavy bait and cast it as far as you can down the channel, and hope you have increased your chances of reeling into the fish! Also, give the spot a few extra casts keeping in mind some fish will rotate back into the area. Sure, this style of fishing takes a little bit longer to fully cover an area but that decision is yours to take. Some Pros say they can fish a 100-yard strip of water for a whole tournament instead of jetting around all over the lake. Pros say that because of reasons like bass movement.